Our vision is to see Upper Hill District become the financial hub of East and Central Africa.

To strengthen our lobbying voice, we need more members.
Together with your support you are able to:

The once small district that boasted to be a residential area for senior civil servants especially from Kenya Railways has transformed over the years to become one of the most sought after areas to set up a thriving business.
Welcome to Upper Hill, the home of lucrative businesses with changing skylines thanks to the exquisite skycrapers that have popped up over the years.
We boast to have key government parastatals and courts, Kenya’s public referral hospital, biggest private hospital, medical and dental centres, diplomatic missions, lavish hotels 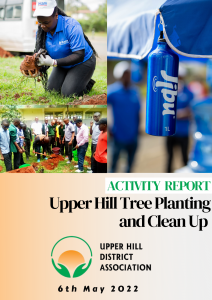 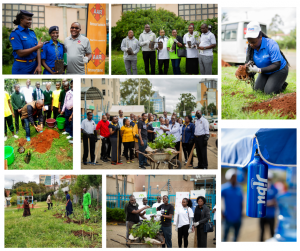 On the 6th of May 2022 and the 7th of May, UHDA in partnership with several businesses in Upper Hill had a Tree planting and a Clean Up event that was geared at restoring the green cover in Upper Hill area, focusing on Upper Hill High School and Upper Hill Nursery School, and involving the general community in making this possible.

More details of the report are available here 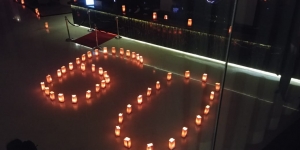 This year Upper Hill marked Earth Hour by switching off lights in major landmark buildings from 8.30 – 9.30 pm.
UHDA in conjunction with WWF Kenya and Crowne Plaza marked the event on 24th March 2018 to raise awareness on climate change.

Currently WWF Kenya  is running a campaign dubbed #KeepKenyaBreathing that aims to increase Kenya’s forest cover by 10%. By supporting WWF Kenya in their #KeepKenyaBreathing campaign you will also be supporting efforts to mitigate climate change. This is because, forests not only mitigate climate change but also clean the air by absorbing pollutant gases. 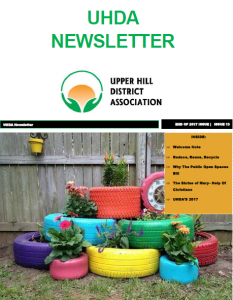 What an year! For most part it has been tumultuous for the country but thankfully normalcy is regaining slowly.

Despite the political weather, we have managed to make a few leaps that have set the tone for 2018. In this Issue, we give you a look at our year and what we have been able to accomplish so far. One of our biggest projects is the Adopt A Road Initiative which we intend to publicly launch early next year. So far, over 10 organizations have confirmed participation in the initiative. Our goal is to ensure all the roads have been adopted in order for Upper Hill to attain the litter free status.

Our newest member is not just new to the Association but also to the area. Having recently relocated a section of its operations, KRA Pension Scheme joins our growing district and Association.

This year, we embarked in advocating for public open spaces by participating in the redrafting of the
proposed bill. In this Issue, we tell you why we are pulling all the stops to have this bill and why you should pay attention.

In our Part II series of the Inter-denominations of Upper Hill we feature The Shrine of Mary– Help of
Christians which is one of the biggest Catholic churches in the country.

Read more about our year here. 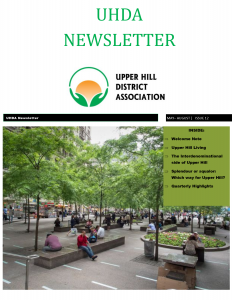 In our 12th edition, we also take a look at what it’s like to live in Upper Hill as we talk to residents who have lived in Upper Hill for decades.

Mark Ojal, an urban designer, gives his expert opinion on Upper Hill’s placemaking following the Making Upper Hill Together meeting which he made a presentation.

We have now done three successful clean ups and the last one for this year is scheduled for October. Thank you for your continued support throughout and we can’t wait to close the October clean up with a bang. We are making strides towards a cleaner Upper Hill and the clean ups are one of the ways of creating awareness. Our Adopt A Road Initiative is a sustainable plan to make sure Upper Hill becomes a  litter free zone and we believe we can achieve this. Visit our website or email us for more details on this initiative and our upcoming October clean up.

Read more about what we have been up to here . 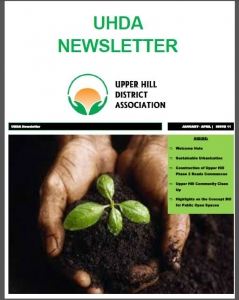 One of the advantages Upper Hill has over the rest of Nairobi is that it has room for growth and change. The country already recongizes the transition from residential to the now financial hub, however, we cannot afford to rest easy when there are growing threats of our organized little district. Last year, UHDA organized a brainstorming session whose ideas we have been manifesting. One of the ideas included an activity which would bring together different sectors and organizations in Upper Hill for a good cause. We held an inaugural clean up in January which was followed by another in March. We have written on the highlights from the cleanups in our latest edition of UHDA Newsletter.

In addition, we have featured an excerpt of the UN Sustainable Urbanization Report .We feel that it is possible to achieve a sustainable Upper Hill by being more environmental conscious and adopting some of the principles outlined in the World Urban Campaign. This is why we have supported a concept bill on public open spaces. All these is available on the January- April 2017 UHDA Newsletter 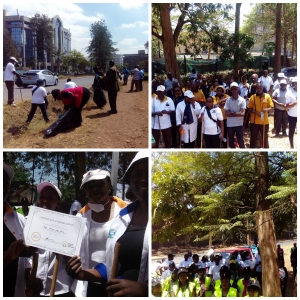 The second clean up exercise was a success . This time round we had our partners; Kibera Sub- County and Dagoretti North Sub- County and our sponsors; Africa Re, Crowne Plaza Nairobi,West Breeze Hotel and CIC. In addition our participants included; NTSA, Teachers Service Commission, Mwalimu National, KASNEB, Equity Bank, Kilimani Project Foundation, World Bank Group, Upper Hill School, Baha’i Faith, Walker Kontos,  UAP Old Mutual, Kenya National Library Services, Lordship Africa, CBA and Mr. Environment Kenya.
Thanks to the over 350 people who showed up to sweep, pick litter, clear bushes and tall grass, 14 tonnes of litter was collected in the two hour exercise. We also raised awareness on the impact of littering in our community. We hope to be addressing this issue is a more sustainable manner. 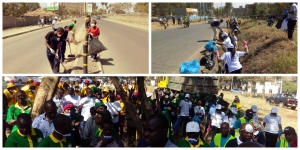 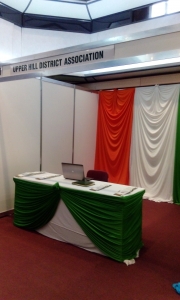 UHDA particpated in Kenya Alliance of Resident Association’s (KARA) business expo and conference that was slated on 25th- 27th November 2016. The event was designed to uniquely blend businesses with Residents Associations for mutual benefit as well as offer an opporunity for participating sponsors, partners and exhibitors to interact with invited groups and the general public. 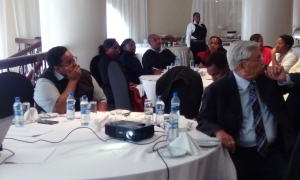 The need to change the conversation about Upper Hill and promote its positive image, saw many marketers, letting agents and PR professionals come together for a brainstorming session. The breakfast meeting sponsored by Britam and Kasneb was held at Crowne Plaza where ideas were shared on how we can all improve the image of Upper Hill.
From the meeting, UHDA will be executing the most practical ideas to ensure that the conversation about Upper Hill changes. 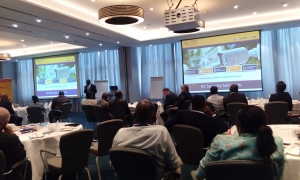 UHDA for the very first time held a security session sponsored by KK Security Group at The Radisson Blu Hotel, Upper Hill. The session which was held to challenge the current thinking on security had Mr. Ndegwa Muhoro, Director of Criminal Investigations, give a key note address. He assured the meeting that Kenya had implemented modern and innovative ways to strengthen our security. In fact, in 2015, over 60 cars had been recovered in less than 48 hours after being reported stolen. KK Security Group also showcased modern CCTV cameras that could be set up for surveillance in a record time of 5 minutes. These cameras are part of the modern technologies KK Group has employed to strengthen their security services. For more information about their services and products, click here 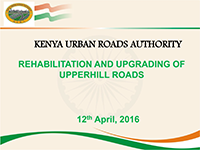 This year’s Stakeholders’ forum took place on 12th April 2016 at Nairobi Club. Kenya Urban Roads Authority (KURA) gave a presentation on phase 2 and the missing links (the presentation is currently available here download.They requested for our cooperation especially in surrendering of land to create enough road corridors for the expansion. …….. 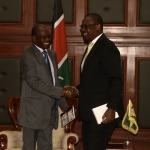 On 21st September 2015 the Executive Committee members led by Mr. Sam Ncheeri met with NCC Governor, Dr. Evans Kidero at his City Hall chambers. This marked a significant moment in the working relationship between UHDA and NCC.
The UHDA EC members presented several developmental issues which we wanted NCC to address:….. 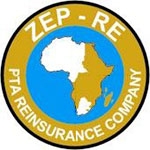 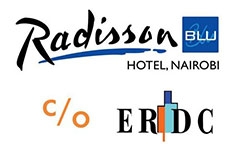 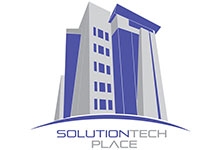 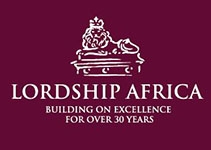 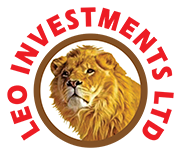 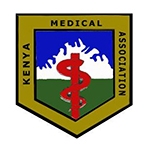 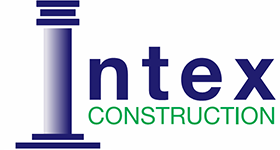 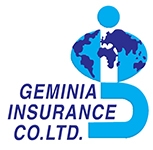 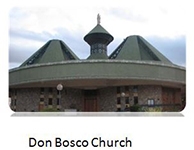 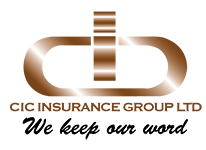 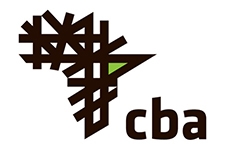 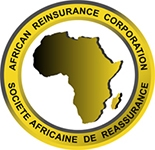